You’re Not A Princess And You Don’t Deserve Better 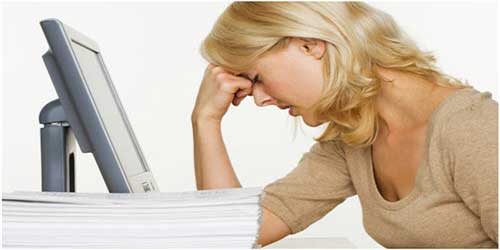 A gentleman is one who never hurts anyone’s feelings unintentionally.” – Oscar Wilde

Close your eyes right now.  Imagine you’re at a coffee shop, or a bar and you’re listening to a woman talk to her friend about her ex who just dumped her.  As she’s unloading all this emotional baggage her friend tries to make her feel a little better.  Now imagine what her friend says to make her feel better.

I know what your guess is, because we’ve all heard this before.  “You deserve better.” That’s what every woman has heard since day one.  She was brought up on princess fairy tales, she was called princess, she was coddled and treated like one up to adulthood, and as an adult, every single time a guy left her, it’s because she’s a princess and deserves better.

Let me sprinkle a little truth fairy dust on your wanna be princess ass.  He knows exactly what he’s “missing” and he has no problem leaving you at all.  Do you bring anything to the table?  Is there anything unique about you?  Or do you wear uggs, sip pumpkin spice lattes, Snapchat videos of  your nights out with your girls, and Instagram photos of a glass of wine in the evening to end your “busy day?”

.You’re not a princess and you don’t deserve better.  There’s nothing spectacular about you and the only guy you’re ever going to get is an average guy.  It’s not an insult, it’s just the truth.  No great love story awaits you.  There are no fairy-tales and in real  life good enough is great.  So next time you find an average, decent guy, here are a few tips so he won’t leave you:

Calm down your crazy.  Next time you find yourself getting worked up over nothing, just stop, and don’t say anything.  Sure you’re getting all worked up and bottling it up will do no good, but getting mad at your boyfriend for looking at the scantily clad bartender will make him leave you eventually.

Don’t demand everything from him and in the end do nothing for him.  It doesn’t even have to be a lot.  Surprise him with dinner and a blow job after a long day.  Buy him a nice bottle of whiskey.  And the biggest thing you can do for him, control your crazy.

You don’t deserve better.  You might as well do everything you can to keep this one around.