So The Tasteless Gentlemen Group (private group) is very very active.  The Tasteless Nation (the older secret group) is back up and running, but you need to be invited by someone from the private group to the secret group.  The problem is that we can’t share links to the secret group, the only way in is to be invited so get in on the private group and if you’re savage enough, someone will invite you.  We had a light terror attack earlier, 2 religious extremists infiltrated and started an attack on freedom.  Luckily we were able to defend ourselves this morning, but we might need more soldiers of comedy to defend the memes. 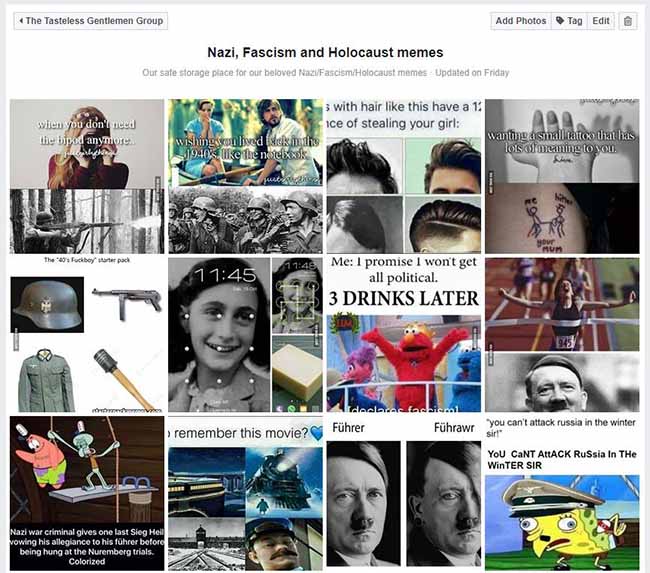 Look how nicely categorized the memes are in the group!

Something everyone should know about being reported, very few people are being reported, and people who report are removed from the group.  FB has started flagging images and videos in both private and secret groups, so we do have a lot of members catching bans and thinking it’s a reporter, when it’s just Zuck and his crazy algorithms that detect racism but not beheading videos. 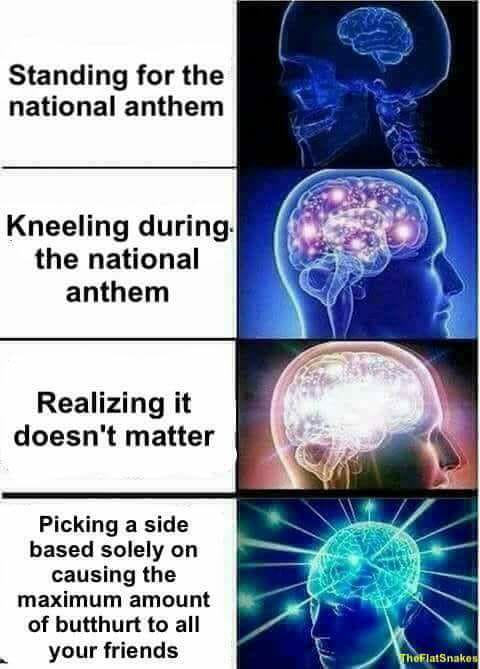 Lastly, there will be NFL kneeling memes.  Welcome to your tape.