A Guide To Offending Liberals And Conservatives 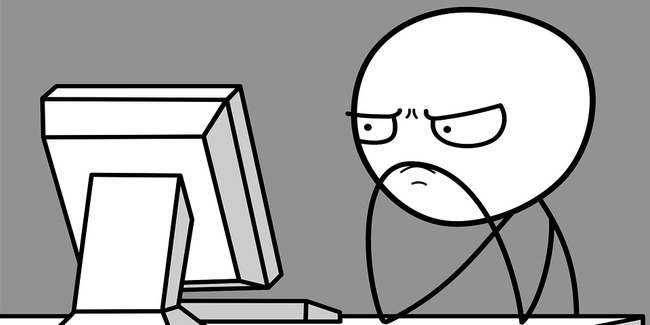 If you’re reading this and the only thing rattling around in your head is that only liberals get offended, you’re probably an easily offended conservative.  Yes, liberals are easily offended.  People as a whole are easily offended.  There is one necessity to good comedy and that is the ability to make fun of yourself first and foremost.  If you can’t do that, your humor comes off as mean spirited.  We all had that friend in high school who would make fun of everybody but when it was his turn to be roasted, he would lose his shit.  Eventually, nobody wanted to hang out with him anymore.

That being said, let’s start with the liberals.  Has there ever been a more annoying group of whiny cunts that have to butt their kale filled heads into every issue?  If they hear you talking about dark chocolate they’ll be sure to jump in the conversation and make sure you call it African American chocolate or urban chocolate.

If you make any sort of joke about any minority group, African Americans, Mexicans, Asians, mentally disabled etc, a liberal will be sure to tell you how awful of a person you are.  To make matters worse, they never seem to be a member of the actual group the joke was about.  The irony is how insulting it is to stick up for a group that never asked for your help.  I’m a Jew and I make Jewish jokes, yet I repeatedly get told by non Jews that it’s unacceptable. Nothing creates an awkward silence like letting them know they’re telling a Jew how he’s supposed to feel about something.

They’re also like the hippie English majors I went to college with who would read too far into every sentence.  In every class there was always somebody who could find antisemitism in everything and another who could find sexism in everything.  There could be a paragraph about a guy fucking a hole in the ground (See the novel Friday) and one woman will talk about how it represents mother earth and women as objects instead of people.  Then a guy will explain how it represents the rooting out of Jews in Nazi Germany.  These people will seek out any reason to be offended.  If you exhale they’ll compare you to Hitler, who also exhaled.

Another fun group is the anti-vaxers.  These people are a special kind of stupid who will be sure to give you a completely incoherent lecture should you make any joke about their idiotic beliefs.  You know it’s bad when you have to quote Jenny McCarthy to support your retarded argument.

We all know that liberals get offended by almost everything and they will actively seek out new ways to be offended or their day wouldn’t be complete.  What I have learned recently is that conservatives are just as easy to offend.  They’re also equally as whiny.  All you have to do is make fun of white people.  They lose their fucking shit.  They start whining about black people, even though the joke has nothing to do with black people, just to deflect from the joke being about them.  The funniest part about all of this is they will tell you how they aren’t offended and try to explain why something as subjective as a joke isn’t funny.  Shut up and take your lashes like a real man.

Also, if you make fun of Christianity all the Jesus freaks will come out of the woodworks.  Another fun one is to make fun of those who deny climate change.  These people are the same who make fun of liberals for going to college but when it comes to climate change they’re experts on the scientific method.  Go back to the glass pipe and let the experts handle this one.  And last, but certainly not least, make a joke about their overlord Donald Trump.

Say what you will about liberals and being offended, but they’re good at making fun of liberal politicians and accepting of others doing the same.  If you make one innocent joke about Trump grabbing women by the pussy they’ll rattle off every liberal who ever had a sex scandal in the last two thousand years as well as every crackpot conspiracy theory they read on the only website that reports real (fake) news.  I’ve never understood getting offended by jokes about people who don’t know who you are, or give a shit about you.  And yes, Trump doesn’t give a shit about any of us.

I’ve talked about this on the show and the more I watch people get offended, the more I believe it’s true.  There is no left and right of the spectrum.  It’s a circle where the extremes exist right next to each other.  It’s like when you pick the same character as your friend in a video game and all they do is alter the color of clothes.  To me, these people are the exact same with different beliefs and things to offend them by.  In summation, if you believe so passionately in something you can’t joke about it, you’re a fuckwad who deserves to be tied to a twelve foot pole and shoved in a crawl space.