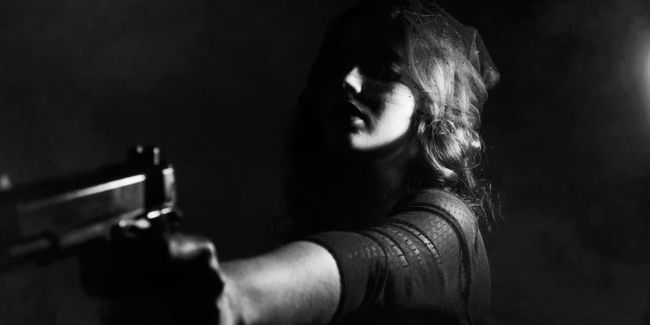 Rule #1:  Never take a woman to dinner on the first date.  I worked at a hotel when I was in college and my manager had hired her roommate and best friend which meant I overheard a lot of girl talk between the two.  One day, my manager was talking about how money was tight and she wanted to go out to dinner so she said yes to a date with a guy she wasn’t interested in.  This poor bastard was probably stoked to be taking a girl on a date and had no clue he was being used.

Before I get into this, I know a lot of women will be commenting on this talking about how chivalry is dead and how shallow I am for writing this etc, but a lot of women don’t have to shell out 50 to 100 dollars every time they go on a date.

Yes, it costs us men a lot to date.  I worked for a tech startup for two years and made decent money.  With that decent salary, I had to budget dating into it.  I would go out on the weekends and get anywhere from one to three women’s numbers, then the following week I’d take at least one of those women out on a date.  I’d say I’d go on anywhere from one to three dates every single week, although not all of them were first dates.  Imagine how much I would be spending if I had to buy dinner and drinks for two at a decent restaurant.

Working for the startup I got to witness the process venture capitalists as well as individual investors go through before making an investment in a company.  Before agreeing to anything, they would do their due diligence and fly out to visit the office, meet with the CEO, executives and employees etc.  The cost of this step is nothing compared to the hundreds of thousands to millions they would potentially be investing.  This is why for every first date you should only take a woman out for a few drinks.  The cost of a few drinks far less than the cost of drinks and dinner.

Money is one big reason to be careful when it comes to dating.  Why does a woman even deserve for you to spend so much hard earned money on her?  She needs to prove that she deserves that kind of treatment first, and that’s why you meet for a few drinks.  It’s like an interview for dinner.

Time is also important.  I’ve been on countless dates where I can’t stand the woman after five minutes and I’m sure there have been dates where the woman can’t stand me either.  Do you really want to be locked into an entire dinner with this woman?  You can always call an audible and say you have to get up early after two drinks if things aren’t going well.  That doesn’t work with dinner.  So if you do go to dinner, there’s a good chance you can end up having a horrible time and spending your hard earned money on a woman you’re never going to talk to again.

I’ve also known a lot of women who demand that a guy take them out to dinner on a first date to show effort.  No.  she hasn’t earned that yet and that sense of entitlement is the quickest way to get me to cancel a date.  No smart man would ever give in to that kind of demand because at worst, she’s just using guys to get free dinner and at best, she’s a self entitled cunt who believes all men should dote on her.

Don’t get caught in the trap of trying to impress these women with fine dining and trendy restaurants.  They’re not worth it.  If they are, you’ll know after one or two dates.  If they demand it up front, they’re just some dinner stealing bottle rat trying to use their snatch to trap an idiot with a decent sized bank account.  You can see the snail trail of deceit these cunts leave behind and nobody needs that high maintenance bullshit in their lives.  Keep your money and stay away from the bullshit.  Any decent woman would be happy with getting a few drinks and getting to know you.