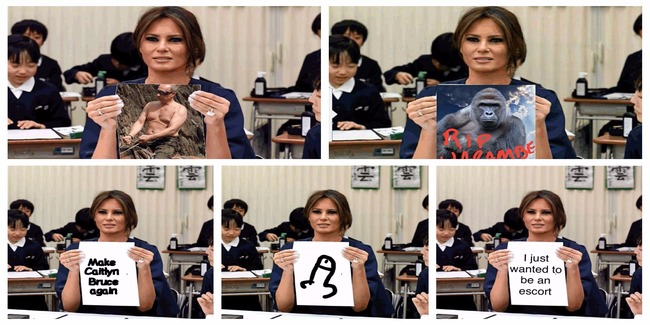 If there’s one thing the internet has taught me, it’s that you should never hold up a piece of paper for a photo-op. We all know what is going to happen. It’s like when Donald Trump kept holding up the folder with his executive orders like he was signing some religious decree. Here Melania holds up a paper as if she has some sort of clue what is going on around her. She’s there in China probably wondering why she didn’t end up with a better husband after being delivered via UPS. She was probably hoping it was some 80 year old man who was wealthy and ready to croak, and instead she ended up with this orange chimpanzee having to go all over the world pretending to be happy for the cameras. Here she is now, suffering even more, holding up a paper in a place she clearly doesn’t want to be with the internet just taking turns on her 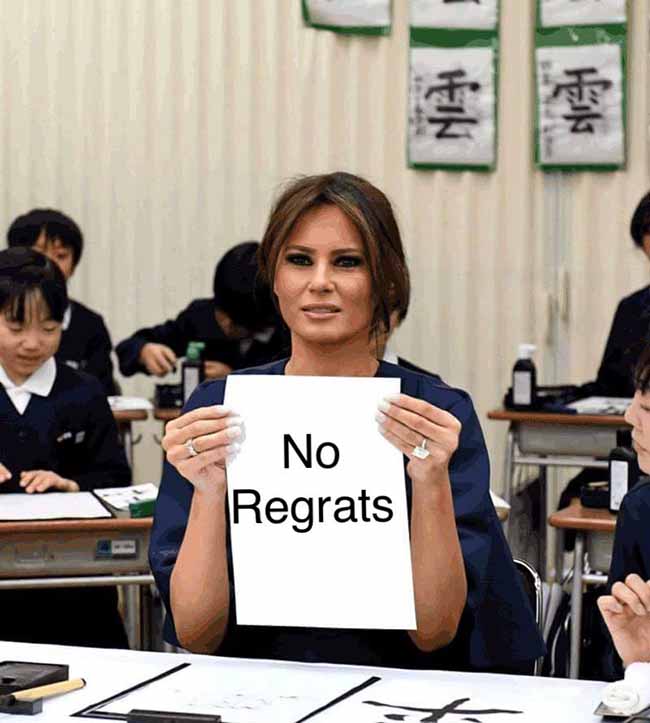 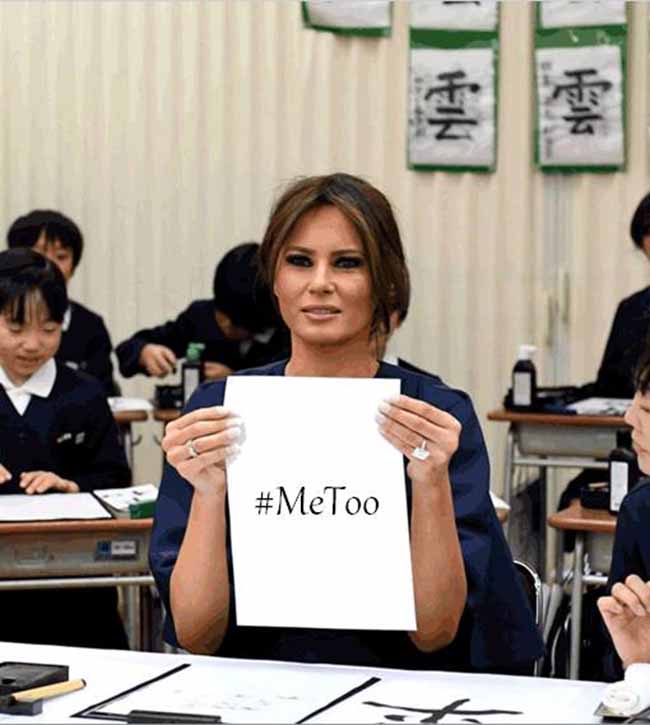 We know.  We know